By Lisa Soverall, Heritage Officer at the Local History Library and Archive

Historically, films have not really been given the same status as traditional manuscript archives.  Yet, films can contain rich information about place, time, and culture that the written word can’t capture so accurately. ‘Seeing is believing’ is definitely my mantra for film archive! Films can remind us what a street, building or person used to look like and entertain, educate and enlighten us.  Films aid research and those in our collection, on different film formats and spanning over 100 years of film making, help build the story of the borough of Southwark. 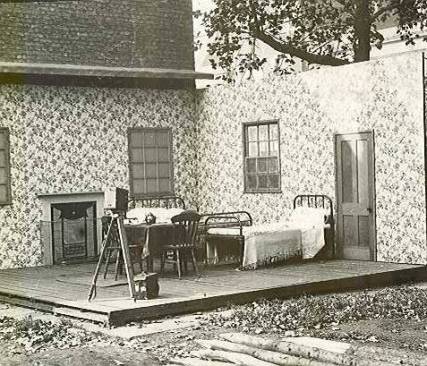 Some of the gems in our Film Collection include those from The Bermondsey Borough Council, whose Health Department under the direction of Dr Connan (Medical Officer for Health at the time), made over 30 films between the 1920s and 1940s.  Most of the films were made in-house as it was deemed important that they were made by people with medical expertise. The aim was to send a clear message about good health for its residents.

The Council showed the films in ‘cinemotors’ which, being portable, enabled the film makers to reach a wide audience, much to the delight of local children!  For decades, the films were shown around Bermondsey and Southwark, helping to improve the health of residents and prevent deadly diseases like Diphtheria – a fact highlighted in the film Some Activities of the Bermondsey Borough Council (1931) which boasted an impressive reduction in deaths from infectious diseases over the previous 30 years. 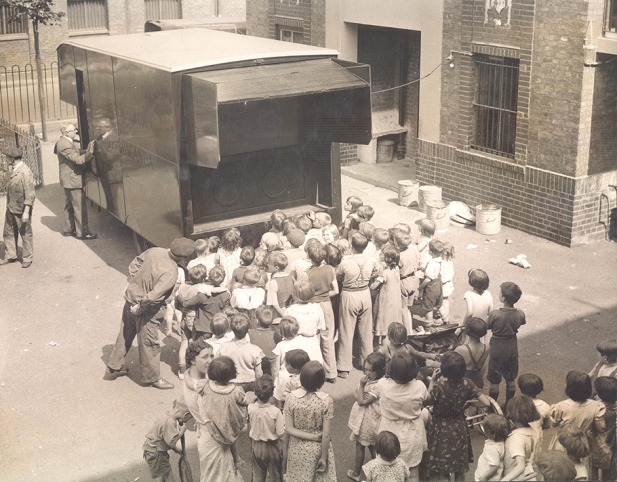 Around half of our film collection was digitised by London’s Screen Archives in 2012. You can view many of these films on their website and YouTube channel, including some of the films from the Brandon Estate Cine Club whose collection of around 20 films, all shot on standard 8mm film, was made by Richard Morgan and Brian Waterman. Both cine enthusiasts, they started the club on the estate in Walworth in the 1960s. The films record life on the estate through the residents’ activities over more than a decade – summer fetes, Christmas parties and coach trips to Canvey Island.

While some of our films are available online, others can only be viewed in the library and archive. We have the fantastic  ‘Two Bob’s Worth of Trouble’,  a film made by class 3C of Walworth School in 1961, which follows the adventures of a boy who is robbed of his trophy cup. The film features some of Southwark’s lost sites, like the Surrey Canal.  We also have many great films made by local historians, such as Michael Holland, and films by the BBC, Channel 4 and ITV.

Each month we showcase a different film from the archives. You can view this, or any of the films listed in our Film Collection booklet, at Southwark Local History Library and Archive, free of charge. It’s usually possible to just drop in and speak to a member of staff about viewing a film, but if you need any more information please give us a call on 020 7525 0232 or email local.history.library@southwark.gov.uk.