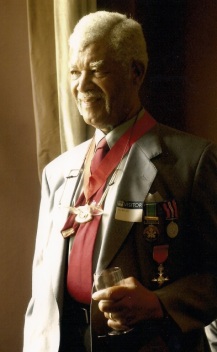 After serving as an RAF aircraft engineer, during the Second World War and until 1947, King sailed to Britain on the Empire Windrush in June 1948.  Unlike most of those arriving (including many ex-servicemen), King decided to rejoin the RAF and served until 1952. During that time he and his brother, Wilton became the second Caribbean family to buy a house in Southwark.  Having endured racism when he first arrived looking for ‘digs’, he was again to receive the same treatment when he applied for his first mortgage in 1950.  He was turned down and told to ‘go back to the colony’.  Undeterred he went directly to the home-owner selling the property, who was so appalled by the treatment King received he personally gave him the mortgage.  Thus, King owned his first house in Sears Street, Camberwell.

As an ex-serviceman, King was able to find employment in the postal service, working his way up to Postal Executive for the South Eastern district.  King married Mavis Kirlew in 1954, at Emmanuel Church in Camberwell.  Later in life he become active in politics, joining the Labour Party in the 1970s, getting involved in the Race Committee in the 1980s and becoming a Southwark Councillor, serving Peckham’s Bellenden Ward, in 1982. 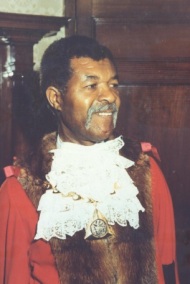 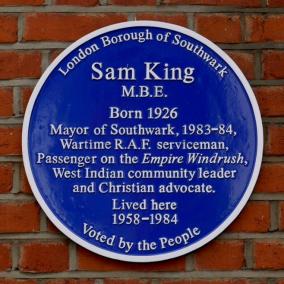 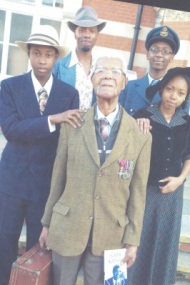 King was elected Mayor of Southwark in 1983 in recognition of his community work which included among other activities, his work within schools, helping to set up the first West Indian carnival and working as Circulation Manager for the first Black newspaper in the UK, the West Indian Gazette. As Southwark’s first Black mayor King received death threats from the National Front who objected to his position.  These threats became world news and King began to receive support from as far as South Africa.

Sam King was awarded an MBE from the Queen in 1998 for services to his community.

Books of Condolence are available at the following locations: