By Patricia Dark, Archivist at the Southwark Local History Library and Archive

This is the second post in a series exploring ways to find out more about the part your family, school, workplace, or neighbourhood played in the First World War.

If you are interested in discovering more about an individual’s service, or what happened in your community, during the First World War, you will most likely need to study surviving records or artefacts from the period. These are usually held in heritage institutions like archives and museums – there are lots of different types, but we describe some of the most useful below (we’ll look at non-UK sources later in this series).

Central government archives hold records of national-level central government bodies. They will hold foreign service and diplomatic records that explain why and how the country went to war, military records that describe how the country fought the war, and civilian and military service records for millions of people in and out of uniform. The UK’s central government archive is the National Archives (TNA) at Kew: its website on World War I and research guidance on First World War personnel have useful background information.

War memorial museums collect, preserve, and display objects, documents, photographs, and film that record the experiences and commemorate the service and sacrifice of service personnel and civilians. The UK’s main war memorial museum is the Imperial War Museum (IWM), founded in 1917 to record, collect, and display material that recorded the experience of the peoples of the British Empire in the Great War. 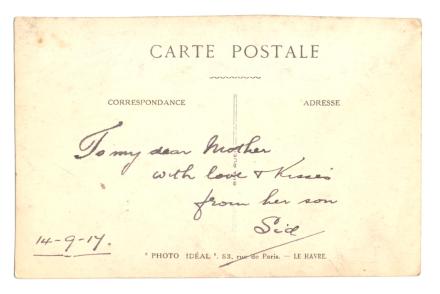 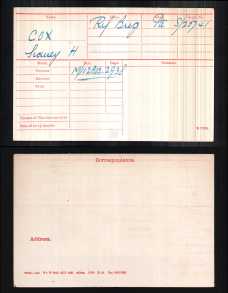 Local record offices and museums hold records and artefacts relating to a specific geographic area. Their holdings may include local governmental and organisational records, audiovisual material, personal papers, and other reference material like newspapers, medals and personal letters. Many local record offices also hold records of individual military units associated with that area. Examples in the UK are the London Metropolitan Archives, the Cuming Museum or the Southwark Local History Library & Archives. 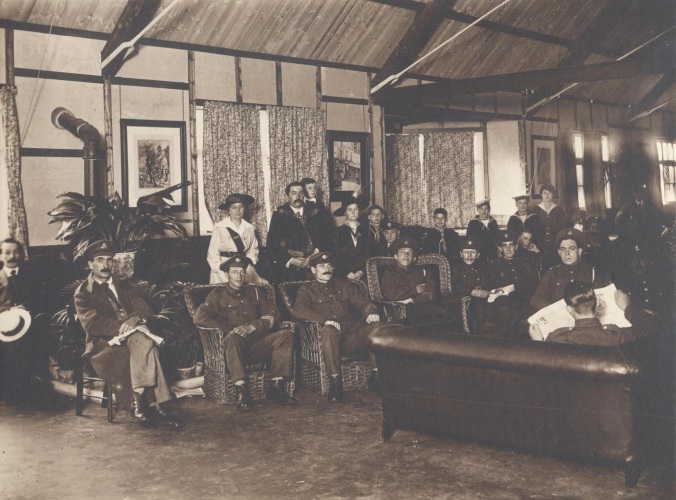 Other organisations, including businesses (like TfL or John Lewis), charities (like the British Red Cross or St John Ambulance), schools (like Dulwich College), or universities (like London South Bank  University) may have their own archives or museums that safeguard the organisation’s heritage. Alternatively, another archive or museum (often local government or university) may look after their records and artefacts. Specific military units, usually at the regimental level, often house artefacts and records of that unit in their own museums. The National Archives’ Discovery service can help you work out if an organisation’s records survive, if they may help your research, and which repository holds them.

In fact, many records are now available in digital form on the internet: you can see a copy of the original document – which were almost always hand-written – as well as a typed-out version of the information, known as a transcript. While some organisations put digitised records on their own websites, it’s much more common for them to be on pay-to-view genealogical aggregator sites like Ancestry or Find My Past.  Another excellent starting point is the Imperial War Museum’s Lives of the First World War website.

There are two important things to note before you begin your research:

First, many records simply did not survive the hundred years between the First World War and today. Some UK central government records – especially military service records – were destroyed when the Public Record Office in Holborn was blitzed in 1940. Other records, like those of the Women’s Land Army or the military service tribunals (which we will discuss in the next few posts), were deliberately destroyed after the war.

Second, you may need to spend money or time to view these records. Some organisations make digital records available on a free-to-view basis; libraries in Southwark (and many other library services around the country) also provide free-to-view access to Ancestry on-site. However, if you want to use Find My Past, or to view Ancestry at home, you will need to pay. Other records are not on-line, so you will have to visit the archive that holds them to use them. Some archives will answer enquiries, but do not provide searchroom facilities for on-site research access. If you are interested in non-UK records (more about them later in the series), you may have translation or transcription costs, as well as travel costs.