Canada Water Library’s Mystery Object Group brings together creative individuals for sessions focused on one or more objects from the Cuming Museum, and other artefacts of local historical interest. The aim is to foster creative responses to the featured artefacts, and we share some of the outcomes on this blog.

The most recent group session was our second field trip, this time to the Rotherhithe Picture Research Library at Sands Film Studios. (To see outcomes from our first field trip, to see the press at the Printworks building, see our previous update.)

This field trip was part of November’s ‘Illuminate Rotherhithe’ celebrations. The Picture Library had a display about the 17th century Rotherhithe Pottery, which operated on the site of the old King Edward III mansion house. This and other potteries along the banks of the Thames often involved people who had moved here from the Netherlands, and they produced ‘English delftware’ using techniques made famous in and around the Dutch town of Delft. Cuming Museum curator Judy Aitken brought a selection of such English delftware found in Southwark. 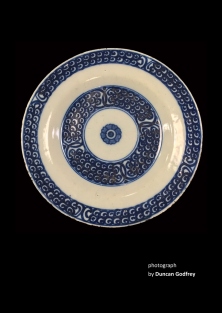 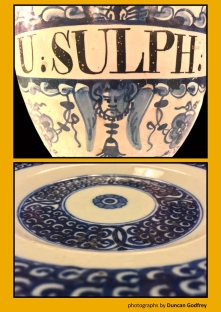 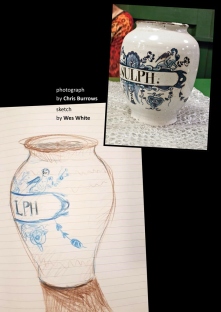 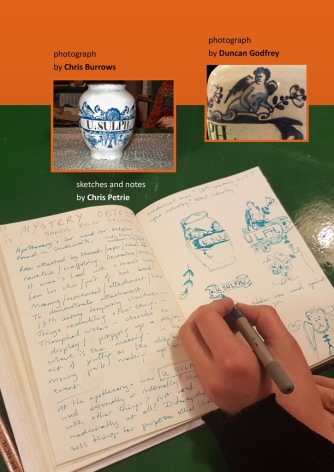 October included half term week and as a result we welcomed some children into the group to study a replica 16th century ‘water sprinkler’. We were all fascinated and somewhat bewildered by this device, which would have been used to wet dusty floors for sweeping. Placing or removing a thumb on the hole at the top would instantly stop or release the flow of water – although, as you will see in the writing, it seemed to the group to be a bit ‘over-engineered’. Seemingly these sprinklers were very popular hundreds of years ago, however, so they clearly made sense to our ancestors…

For many years, and well into the 20th century, the hops trade was a big part of the economy in Southwark. In September we had some examples of the trappings of the trade, including a sample packet of hops and a large candle holder. This lantern had spikes which would have enabled workers to secure it in the bags of hops – the group’s first impression of the device was that it looked vicious rather than practical, which again has certainly influenced our writing here.

The sexual connotations in the name of this bizarre-looking medical device are misleading. This and contraptions like it were sold in the late 19th and early 20th century as a kind of mechanical panacea – purported uses included treatment for rheumatism, gout, insomnia, tumours, constipation, deafness… the list goes on, but you get the idea. The ‘Veedee’ part of the name is thought to be a reference to the famous Latin idiom ‘Veni, Vidi, Vici’ – presumably on the basis it would ‘conquer’ any illness it came across. Tempting while it might be to think that the manufacturers also hoped to hint that the vibrator would also combat venereal disease, the term ‘VD’ in that context only came into usage in 1920, some years after this was on the market. 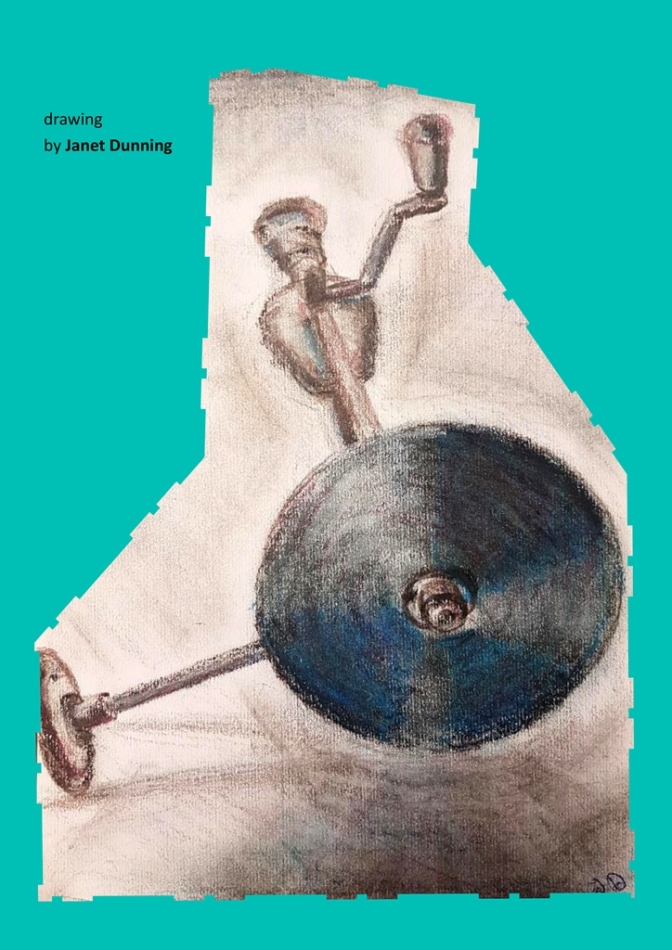