In the 17th century Bermondsey was home to a significant community of Nonconformists – Christians who wanted freedom from the established church in England. This movement is strongly bound to the story of the Mayflower, which we introduced in part 1. Some of Bermondsey’s more unusual street names are clues to this aspect of its past.

Potters Fields is so called because of the Dutch potters who came to work here having fled religious persecution in Holland. It was the site of the earliest Delftware kilns in England, established around 1618 and the area became famous for producing a particular variety of Delftware called ‘Pickle Herring pottery’. The theory that the Dutch fondness for pickled herring gave the street and the nearby river stairs their name is unfounded. The precise origin is not known, but is much older.

Just as the Pilgrim church in Bankside was inspired by the Dutch merchant community across the river in Aldgate, so the Baptist, Brownist and Quaker meeting-houses in this area were probably inspired by the Dutch pottery community. As a further symbol of this connection, the Mayflower went on to join the Speedwell, which was hired in Holland, on its voyage to America.

St Saviour’s School was founded in 1562. One of its pupils was Southwark’s most famous Puritan pilgrims to America, John Harvard. St Olave’s School was founded in 1571. This building dates from the late 19th century when the two schools merged, but it incorporates some architectural features that show a Nonconformist interest in science and philosophy, including Isaac Newton. Much of the building remains in its original state, with the headmaster’s study intact and the guest rooms being referred to as ‘classrooms’.

Robert Browne founder of the Pilgrim (Brownist) Church was the headmaster of St Olave’s from 1586 to 1589. Browne has been hailed as the ‘Father of the Pilgrim Fathers’ but the Brownists disowned him after he defected. His other title – the ‘Father of the first independent church in England’ – has held up better. The manuscripts signed by Robert Browne, binding him to good behaviour while he is headmaster can be viewed at Southwark Local History Library and Archive. 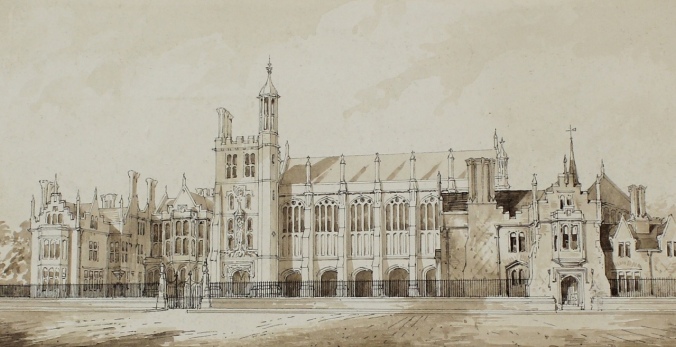 The original St Olave’s School, where Robert Browne, ‘Father of the Pilgrim Fathers’ was headmaster

James Janeway was a charismatic Puritan minister and renowned author. A congregation of up to two thousand came to attend his services at the Jamaica Barn in Cherry Garden Street, mainly form the neighbouring parish of Rotherhithe. He was succeeded by another celebrated minister, Thomas Rosewell, who was found guilty of treason, allegedly for delivering a sermon that was highly critical of the King and his religion. In the 19th century the church had for its Pastor the Reverend John Farren, father of Eveline Lowe, who was one of Britain’s leading educationalists and the first woman to be in charge of London as Leader of the London County Council. 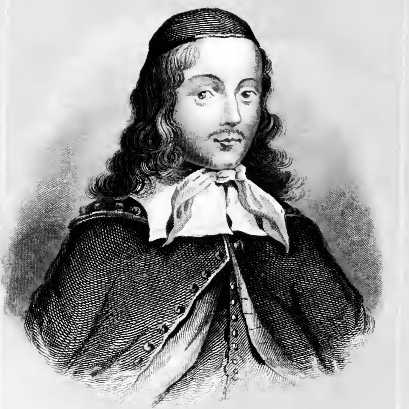 This is one of two locations where the Mayflower is likely to have been broken up at the end of its life. The other being Surrey Lock in Rotherhithe.

From November 2019 the London Borough of Southwark will be involved in a year-long commemoration marking the 400th anniversary of the voyage of the Mayflower. This ship sailed from England to America in 1620 carrying a range of passengers, some of whom were English puritans fleeing religious persecution. As well as being a touchstone of American history, this story resonates with contemporary themes of migration, tolerance and religious freedom.

If you walk around the northern part of this borough you will encounter numerous buildings, names and locations that are connected to the Mayflower story. Historian Graham Taylor has thoroughly researched and mapped all of these links and we will be sharing his findings with you in the coming weeks as we start the countdown to Mayflower 400.

Clink Street used to be part of the Bishop of Winchester’s Palace and the preserved remains of the palace’s Great Hall are still to be seen. The Clink Prison, dating back to 1144, was also part of the Palace. Several prominent members of the Brownist movement (followers of Puritan church leader Robert Browne) were imprisoned here for their beliefs. These included John Greenwood, Henry Borrowe, Francis Johnson and Henry Jacob. It was Jacob whose reformed church in Southwark was so crucial in facilitating the voyage of the Mayflower.

In 1961 the US Consul General, Donald Smith, unveiled a Plaque of Remembrance at Clink Street. The inscription read:

‘Fifty yards eastwards of this spot there stood the Clink Prison where in the years 1576 to 1593 JOHN GREENWOOD and HENRY BORROWE founded a church (today the Pilgrim Fathers Memorial Church) from those imprisoned for refusal to obey the Act of Uniformity of Worship. They, with John Penry, a member of the Church, were Martyred for Religious Liberty. Francis Johnson was the first Minister. This Church helped to secure the sailing of the Mayflower in 1620 and a number of its members were among the ship’s company. ‘Where the Spirit of the Lord is, there is Liberty’.

This memorial was the gift of Americans in London, some of whom were descendants of the Mayflower Pilgrims. 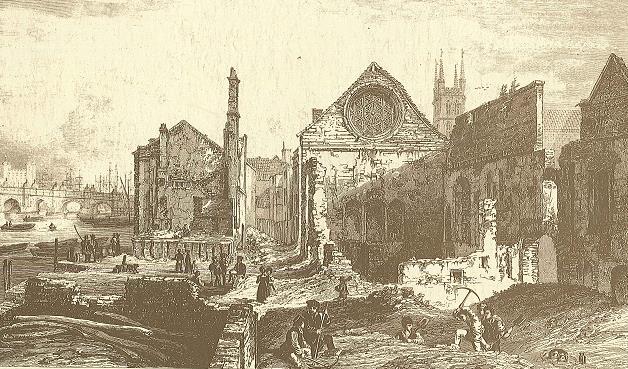 The remains of Winchester Palace, Clink Street, c.1800. Today visitors can still see the  remaining walls of the Great Hall, including a magnificent rose window.

This was the site of Southwark’s Pilgrim Church from around 1640 to 1788. It consisted of a meeting-house and burial-ground just south of Park Street and adjacent to the original Globe Theatre. Here was buried Alexander Cruden, author of the Bible Concordance, useful ever since to Christians of all denominations. This Pilgrim church, stood in the premises later occupied by Barclay’s Brewery. It was included in Southwark Council’s 1970 Pilgrim Trail, and at present the remains lie under the Southwark Bridge car park in Thrale Street.

This pub is a surviving remnant of the huge Barclay Perkins Brewery, which covered the area from the Thames down to Southwark Street. In 1781 Robert Barclay bought the Anchor brewery for £135,000 from the Thrale family. The Barclays were themselves Nonconformists and the surviving Pilgrim Church therefore flourished in the cooperage of the Barclay Brewery.

In Park Street there is a plaque marking the site of the original Globe Theatre, built in 1599 by William Shakespeare’s playing company. This plaque was formerly on the wall of the Barclay brewery and close to the Pilgrim Church.  Shakespeare was clearly aware of the Brownist Pilgrims and undertakings across the Atlantic. In Twelfth Night one of his characters. Andrew Aguecheek says, “I had as lief be a Brownist as a politician.”

The Earl of Southampton, Shakespeare’s patron, was active in the Virginia Company  (a joint-stock company that established settlements on the coast of North America). An account was sent to the company when one of their ships bound for Bermuda was dramatically wrecked. This text clearly influenced Shakespeare’s play, The Tempest, and probably King Lear.