The Collection Creatives meet at Canada Water Library every four weeks to hear the stories of objects from the Cuming Collection, brought by our Curator Judy Aitken, and respond creatively! Here are some of our outcomes from earlier in the year.

At the end of 2018 some of the Collection’s toys and games came to the library. We were especially intrigued by a ‘mutton bone doll’ collected by Edward Lovett. Children whose families couldn’t afford shop-bought dolls sometimes dressed up bones instead. They became very attached to them and Lovett approached a number of children before he found one who was willing to trade theirs with him. The girl who gave this doll to Lovett’s collection was offered a new ‘real’ doll in its place – but which was really more ‘real’? 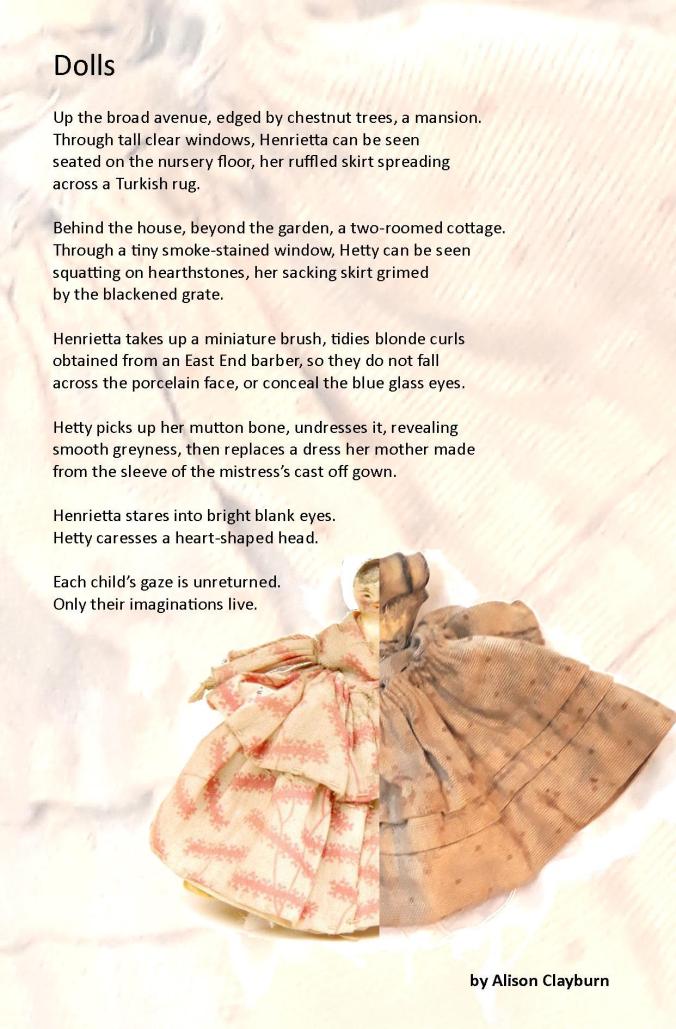 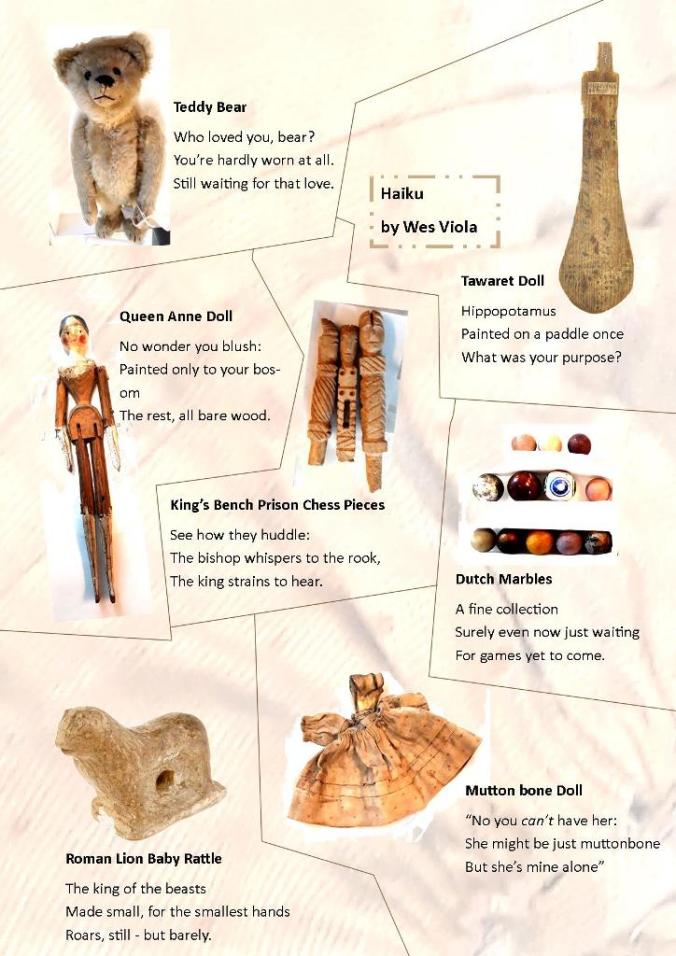 In January we looked at artefacts related to tobacco, alcohol and other narcotics; including a snuff box, clay pipes and drinking vessels. This was a busy session but we only have a couple of pieces of work captured from it – if you were there and have sketches or note from the day, do send them to us to be included here! 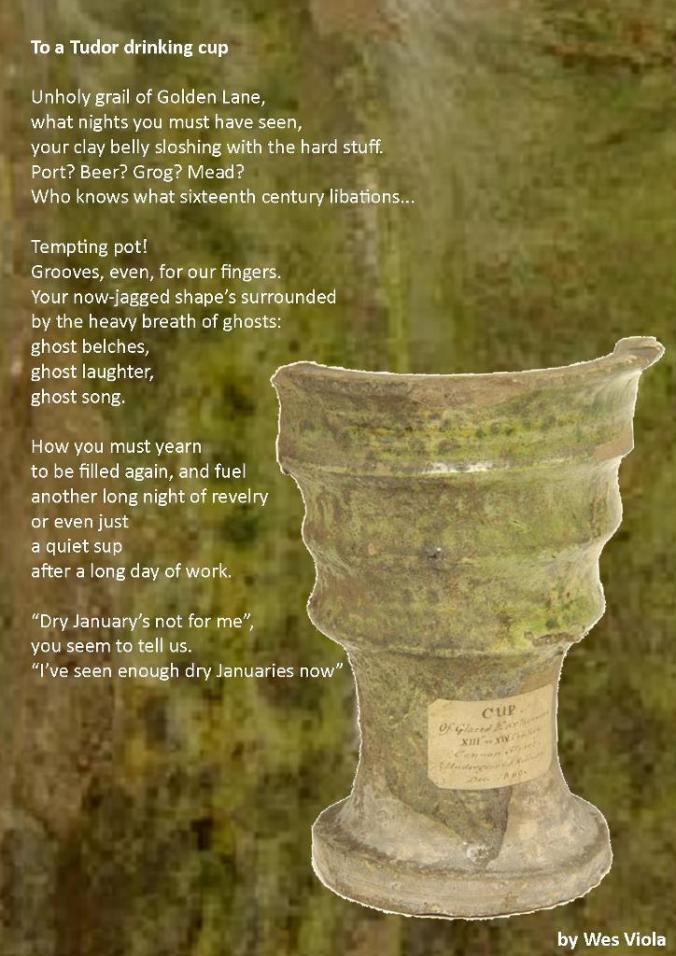 February’s theme was jewellery, and the set included an emerald ring said to have been at one time a gift made by Charles I to his Gentleman of the Bedchamber Thomas Herbert, Victorian mourning jewellery, ‘Druidical’ beads marked as ancient (but we’re not sure…) and a necklace from Southern Africa which features a whistle said to charm away thunder. 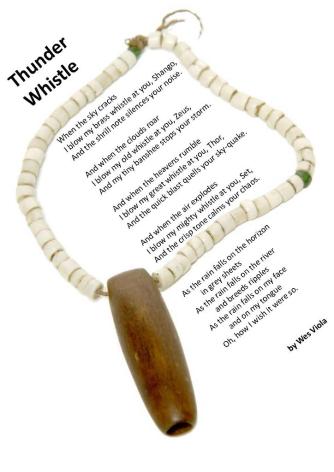 One of the jewellery pieces was a bronze ring found on the banks of the Thames, and in March we learned all about mudlarking – the riverside equivalent of beachcombing. In modern times this might be thought of as a recreational pursuit (albeit requiring a licence), but back in the 18th and 19th centuries children could be found scraping a meagre living from whatever they could find to sell in the mud – in what were dangerous and unpleasant conditions. 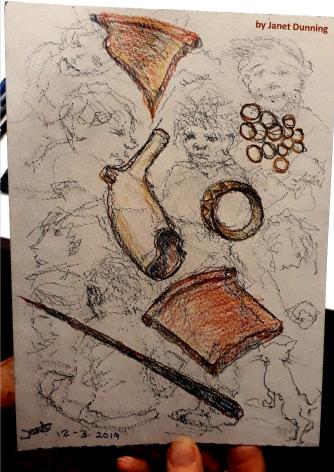 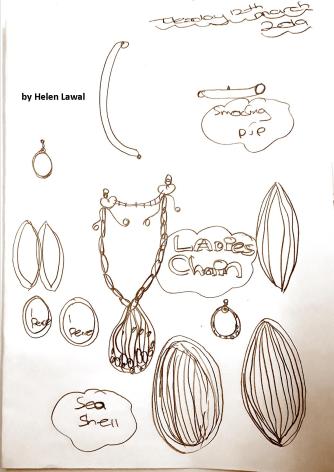 And in April, to tie in with April Fools, our featured objects were all jokes and puzzles. The ‘Poisson d’Avril’ – April Fish – is a popular take on this in France. We have our own ‘Poisson d’Avril’ in France, which along with squirt rings, puzzle jugs and magic tricks inspired our Creatives in many different directions. 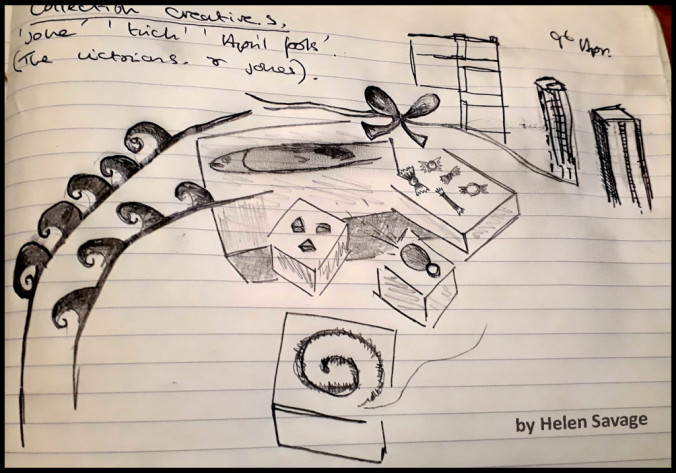 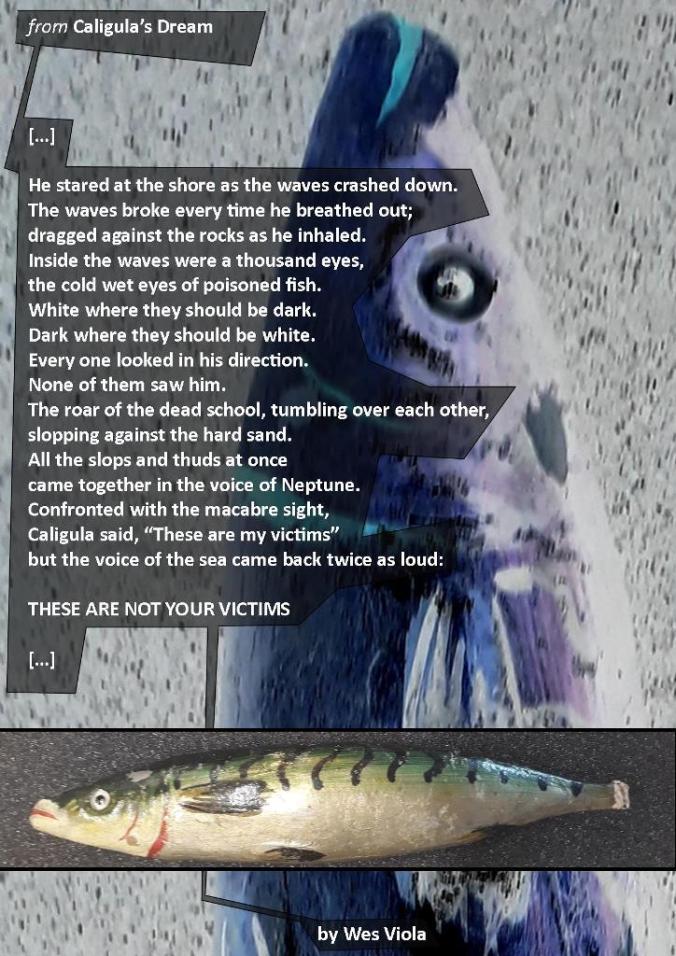 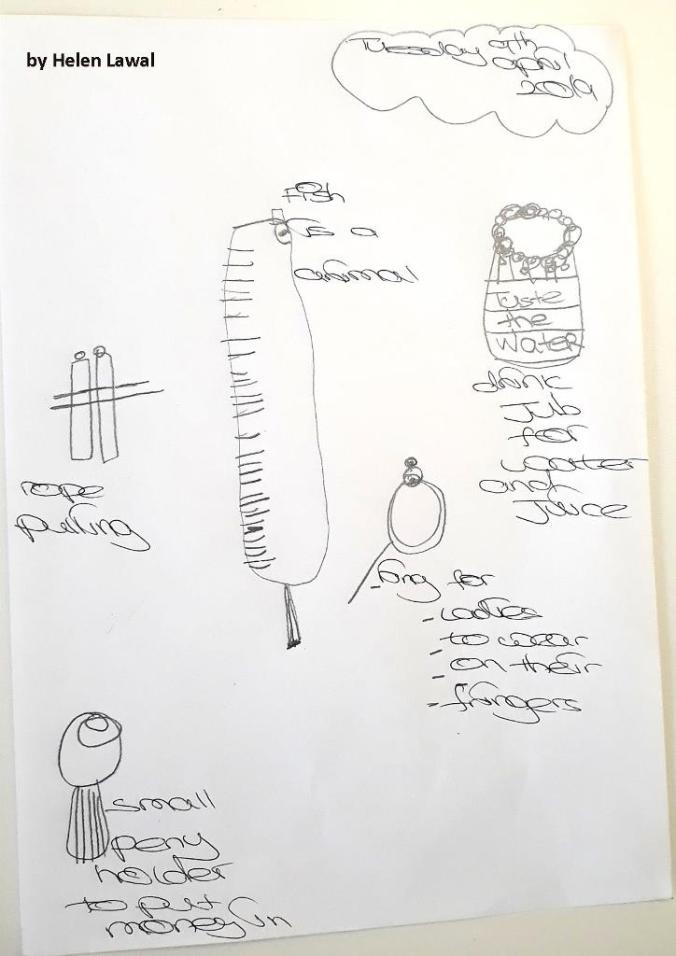